Which is exactly what we did on Saturday, January 24.

It was a party we had organized in the guise of a wine and beer tasting.

The marina kindly let us use what use to be a volunteer yacht club on their premises, which was perfect.

Phil, the yard manager at the marina (and who’s quite wonderful),

met us at 4pm and helped set up and kept us company while we waited with fingers crossed for some others to show up. We knew at least five other people – our friends

& Lily who found a good friend in Phil’s son, Allen– 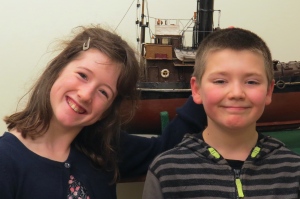 would be arriving as they helped spread the word.

We had put together something similar when living aboard in Rota, winter of 2002-03. A friend and I, Rita, went around inviting any and everyone we saw on the pontoons. Unfortunately, the marina wasn’t as hospitable and refused to let us use their extra room reserved for meetings. So, we had to do it at the shower and laundry block, i.e., head. In spite of foul weather, spirits–both bottled and body–weren’t dampened.

Now, we weren’t sure if there’d be eight of us or more. Either way, we knew we’d enjoy being with our friends. Hey, it was a Saturday night, weather was good, hors d’ouerve plentiful, wine and beer available, and conversation even better no matter the number.

Yet, within fifteen minutes past 5pm people started arriving until by 6:30p it was packed with over 50 marina folk.

Max with his deviled eggs, a big hit in the UK, and Tanya and Paul…

VJ, who’s single-handed his boat across the Pacific… 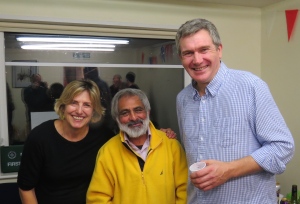 Our next door boater, Gary (on the right) with his girlfriend, Wendy, and Rob …

Kate and Mike, the latter is a London Bobby who’s retiring this Friday (we told him next time he needed to wear his uniform). 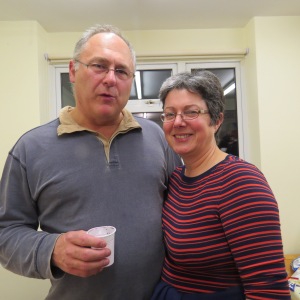 marina crew and Phil’s wife, some of whom were heading off to celebrate Chris’ (checked shirt guy) new job as building manager for a care home….

We toasted Max’s family name conveniently located on a  good English beer can….

while later Rob, Angela, and Sharon helping us with their second run to the Bottle Bin…

And, plenty of other wonderful folk who, unfortunately, never made it in front of the camera lens.

The little tasting became a full-fledged fiesta with people introducing and re-introducing themselves to some boaters they’d never seen before and to those they’d nodded to on the way to and from the shower blocks and around the marina premises. Next time, though, name tags  would be a good idea. 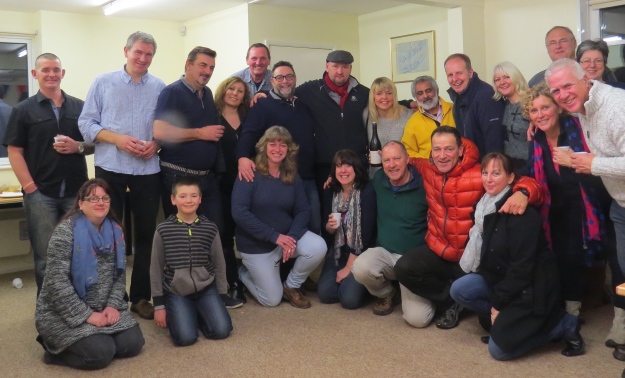 and by 11p we cleaned up (took ten minutes at the most thanks to all the help), locked the door, and realized, yeah, we’re not the only ones who wanted to get off their boats.